Iberville Museum has been hard at work redesigning and interpreting the permanent collection, which features memorabilia from World War I, World War II, and the Vietnam War and objects from everyday life during the early 19th century to the turn-of-the 20th century, such as cookware, medical supplies, and school or office supplies. 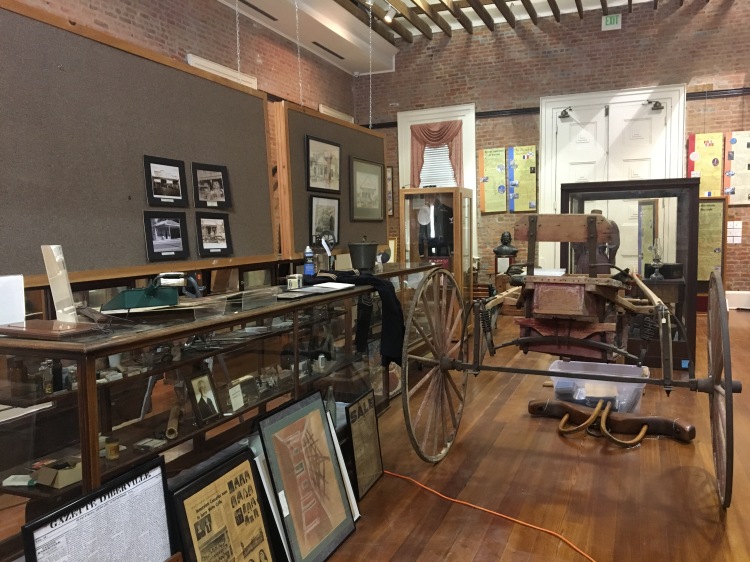 Mr. Louis “Dick” Roussell, a native of Plaquemine, LA now a resident of New Orleans, LA, has been acting as the museum’s architectural design consultant. His goal is to bring the museum’s collection to life by rearranging the displays and creating a more suitable flow to the current exhibits.

Additionally, the new curator/director, Meghan Sylvester, plans to create a new interpretation plan for the museum by using the site’s collection to enhance the “historical stories” of Iberville Parish and bring the human element into the museum.

If it has been a while since you last visited the museum, be sure to stop by and check out our progress!