The International Acadian Festival was founded in 1969 under the direction of Gary J Hebert and the Knights of Columbus and has since focused on preserving and enhancing Iberville Parish’s Cajun heritage.  This is exhibit will celebrate all things Acadian Festival, showcasing Evangeline memorabilia and photos from festivals’ past.

The International Acadian Festival will be held in Plaquemine, LA on October 19 – 21 at the Water Front Park.

On June 30, 2018, the Joseph and Zelma Gilbert/Pryer family celebrated their family reunion in Plaquemine, LA. They are one of the largest families of Iberville Parish with their history dating back to the early 19th century. The reunion brought together 550 family members, traveling from California, Maryland, Georgia, Virginia, Texas, and across Louisiana.

The Glibert/Pryer family history starts in Vacherie, LA in St. James Parish. It was here that their ancestors faced the brutal hardships of slavery, receiving little to no education, no financial stability, and no basic human rights. Nevertheless, they built Vacherie and its plantations that are still preserved today. Brandy Evans, the great-great granddaughter of Zelma and Joseph Gilbert explained,

Today, tourists from all around the world marvel at the beauty and history of these grand estates. They may or may not realized that they are consequently marveling at our people too. We can take pride in that.

Evans passed away in April 2018, but before her death, she strongly encouraged her family members to attend the reunion.

The exact date that Zelma Pryer married Joseph Gilbert, a sharecropper, in Vacherie, Louisiana is not recorded, but we do know that on July 28, 1889, their first child was born–a daughter named Gracie Gilbert James. The couple gave birth to four more children in Vacherie before packing up their belongings and relocating to Trinity Quarters, a small area between Grosse Tete and Rosedale, in the early 1900s. It was here that their remaining six children were born, making Iberville Parish their home for generations to come.

Honorees at this years reunion were: Odelia Pryer Lewis, 87, Daisey Ward, 85, and Rosalie Lockman, 80. The last reunion was held in June 2003 where there were more than 700 family members present. The next Gilbert/Pryer Reunion will be held in summer 2020 in Shreveport, Louisiana.

For the past month, we have been very thankful to have Rachel Blomquist, a native of Alexandria, LA and Public Historian, interning at our museum. Rachel is currently studying to get her Master’s degree in Public History from the University of Louisiana at Lafayette.

Since June, Rachel has been hard at work cataloging our collections. She has a keen eye for detail and a great understanding of history, and has done so much to make sure our collections are well kept and organized! 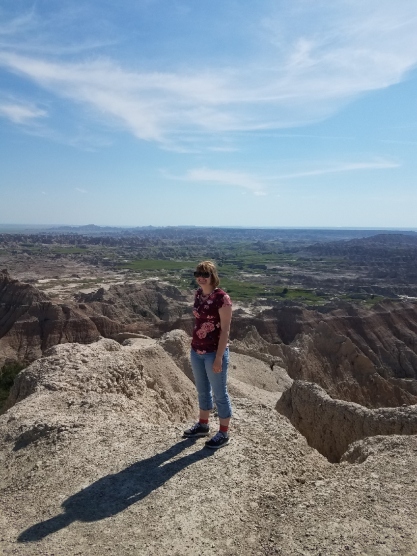 I was born in Las Vegas, Nevada. Both of my parents were scientist and worked for the government at the Nevada Test Site. Occasionally, my father worked at Area 51. However, after the birth of my two younger siblings, my mother decided it was too hard to raise three kids without help from family, and in 2001, we moved in with my mother’s parents in Deville, Louisiana, quickly looking for a new family home.

I went to Pineville High School of the Performing Arts, as part of their orchestra. I took four years of art classes, as at the time, I thought I wanted to be an artist. My Senior Project in high school was what helped me realize what I really wanted to do in life–study history. For the project, I had decided to create a children’s book on Kent Plantation and the children who lived there during the late 18th and early 19th century. At the time, I was working for the plantation as a tour guide. The children’s book is still a work in progress, but the experience is what motivated me to get a degree in history.

I received a bachelor’s degree from Louisiana State University at Alexandria in May of 2017. While there, I took most of the history classes that were offered. The large majority were about the south and Louisiana history in varying periods of time. Additionally, I found an interest in different cultures and religious schools of thought by taking multiple courses in religious studies, making me the first person at LSUA to graduate with a minor in religious studies.

It was my work with the Kent House that led me to pursue a career in museums as it helped me observe what running a museum would be like. I realized wanted to be a curator, someone that could deal with all types of history and help break it down for all types of audiences.

I applied to the University of Louisiana of Lafayette, where I am currently studying to get my master’s in history, on a whim and last ditch effort to get into a graduate school for the Fall of 2017. I had never truly heard of public history as a field, but was told it was similar to museum studies, which was what I wanted to do. I have been extremely lucky and pleased to have made it into ULL’s public history graduate program and thoroughly enjoy the courses and experiences I have gained. Currently, I am researching for my thesis project, which argues that tracing the historical development of Cajun music from the later 1900s to the present day can help us understand the influences of other cultures in Louisiana that have become mixed with the Cajuns’ culture–specifically, what variety of styles in Cajun music have evolved from these outside influences and adaptations, and how have they shaped the Cajun music we know today?

The Iberville Museum Association seeks to hire 1 Collections Intern for the summer of 2018. The internship will help prepare the candidate for a career in museums and collections management, granting them experience in a small local history museum. The intern will work directly with our director/curator on a collections management project focused on cataloging, organizing, and preserving our collection. The intern will gain experience in processing, arranging, and caring for objects or artifacts.

The collections intern will work independently but with frequent interaction with the curator on a project focused on organizing the museum’s current storage space. The intern will also be using PastPerfect to catalog new accessions and update current records.

Candidates should be graduate students, recent graduates, or advanced undergraduates with a major in history, public history, museum studies, or a related field. Ideal candidate will be working towards a career in collection management or registration and has a passion for local history. Will need to work well independently and be able organize a large number of objects with extreme attention to detail. Should have completed coursework in collections care and management and ideally have knowledge or prior experience with object handling, marking, photography, and packing. PastPerfect experience is preferred.

Resume, cover letter, and a list of 2 references due by April 15, 2018. Please send application materials to Meghan Sylvester, Director/Curator, at contact@ibervillemuseum.org.